11/15/2021
On Monday, November 15, Upper School student-athletes competing on Nichols' boys' and girls' soccer, boys and girls cross country, field hockey, boys golf, girls tennis and sailing were recognized for their dedication, leadership and efforts in their respective sports. These honorees were recognized by their coaches for their outstanding performance and growth as athletes and as teammates.

The stellar fall 2021 season for the Vikings included four overall Monsignor Martin championships, dozens of regional and state accolades, and incredible performances throughout the season.

Director of Athletics Rob Stewart began the ceremony by congratulating the fall athletes, thanking the Nichols community for their ardent support of the Vikings athletic teams, and recognizing the fall coaches for their dedication to their programs. Varsity team captains recapped their seasons, and Stewart presented awards to the students who received Coaches Award, Most Improved Player, and Most Valuable Player designations from their coaches.

The students honored at Monday's ceremony are as follows: 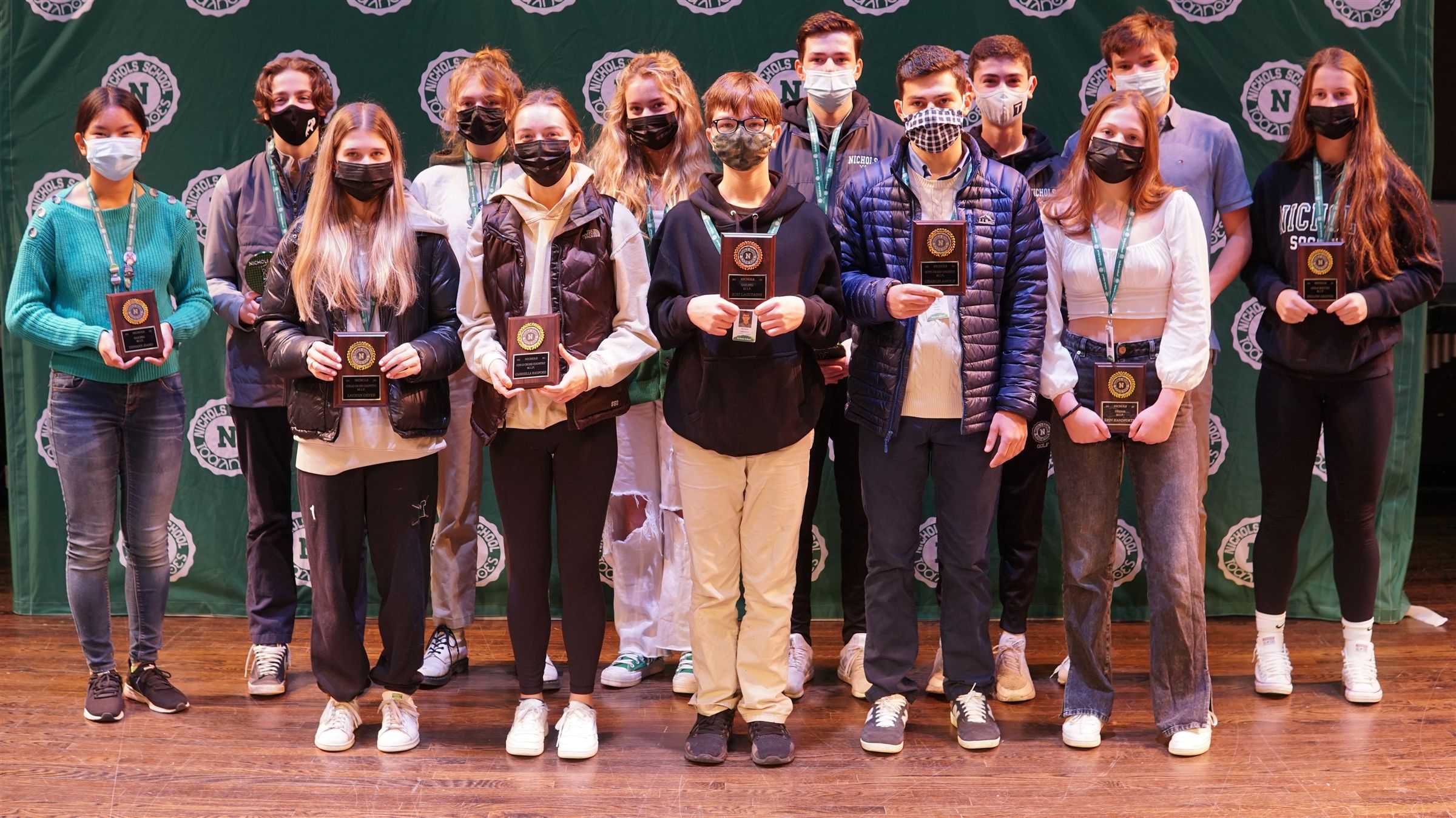 The most improved player award for boys golf is given in honor of Colin Wegner ’11. Wegner, who received this award in 2010, sadly passed away from cancer in 2013. The Colin M. Wegner Most Improved Golfer Award is given in his memory. 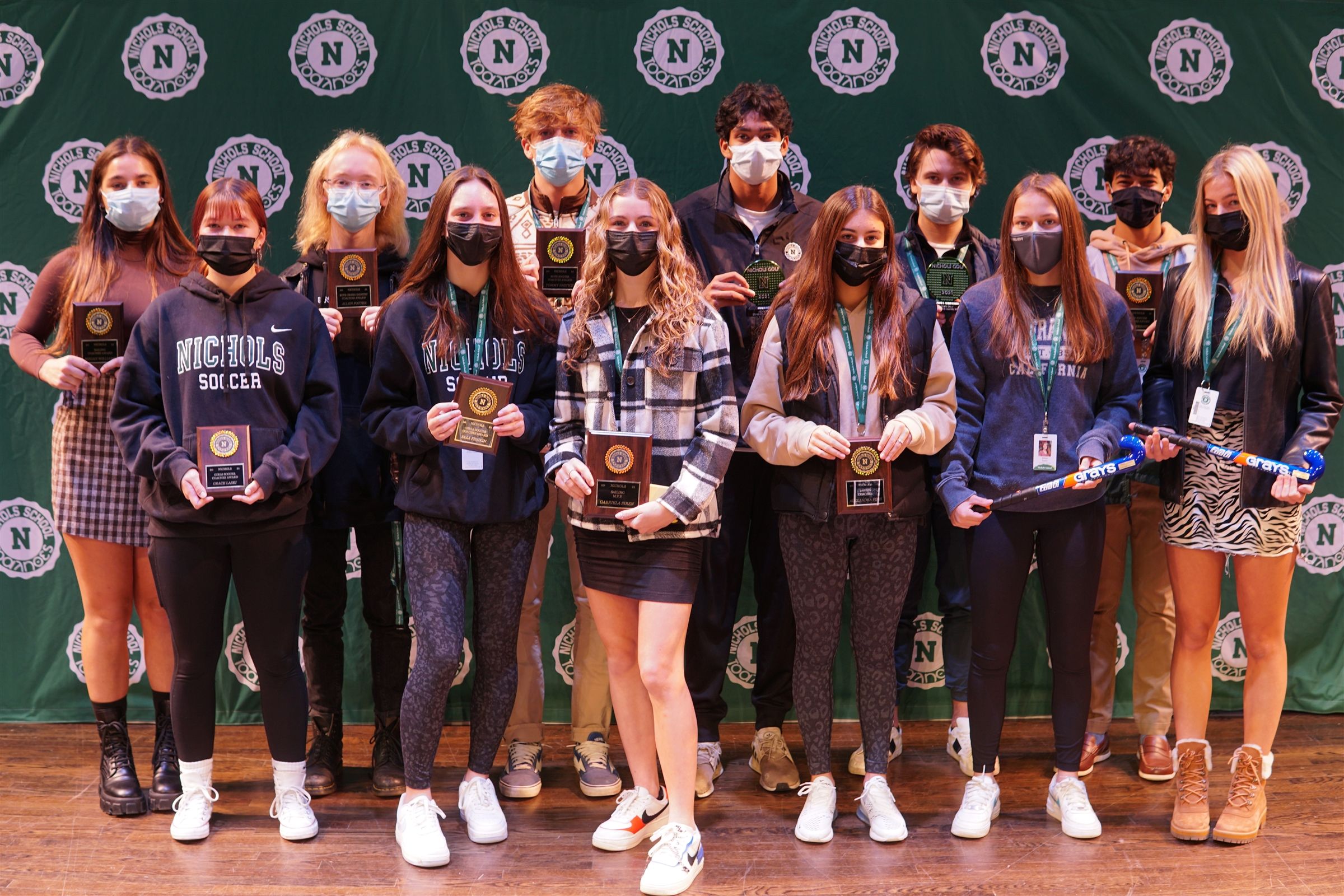 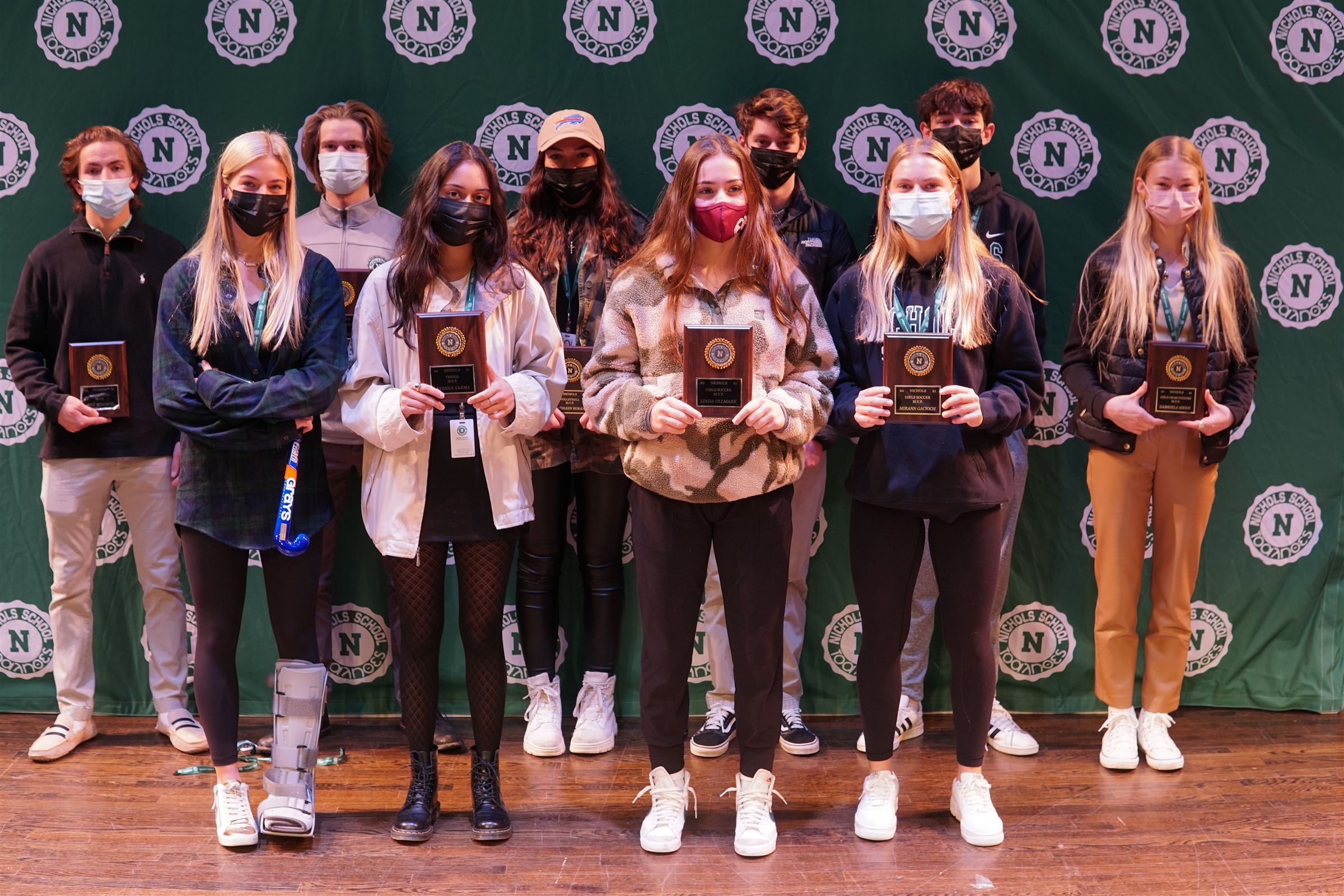