4/8/2021
On March 15, Nichols School alumnus JT Soron ’99 was promoted to the rank of Lieutenant Colonel in the United States Army. He was joined by his parents, Florence and John Soron, and officially promoted by Lieutenant General Charles N. Pede, The Judge Advocate General of the Army. 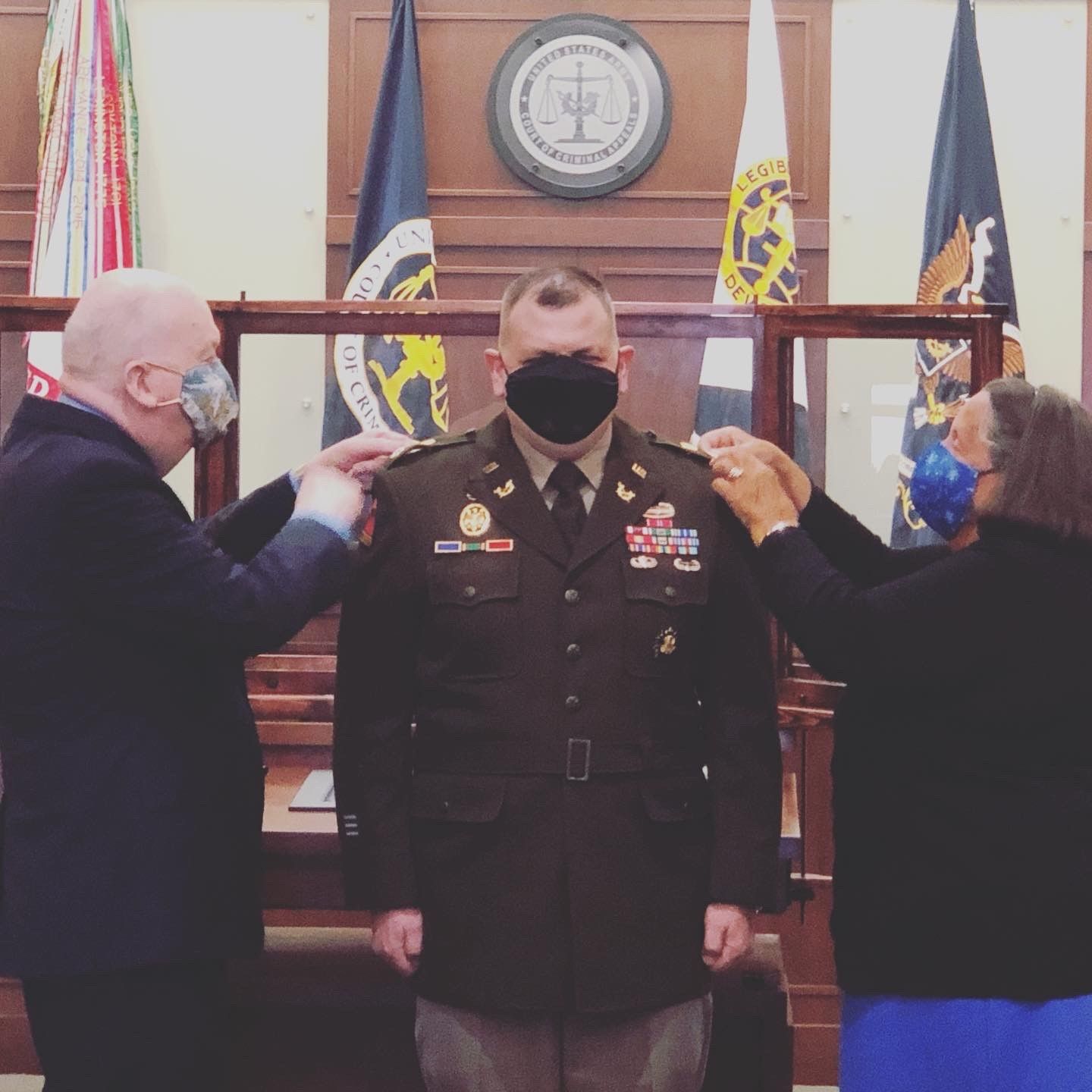 LTC Soron is currently finishing a two-year assignment in the Pentagon as the Deputy Chief of Army Legal Assistance Policy in the Office of The Judge Advocate General. In that role, he is responsible for managing Army Legal Assistance Offices across the entire U.S. Army, both within the continental United States and overseas. He also assists with the drafting and implementation of client services and victim rights related legislation and policy for the U.S. Army.
This summer, LTC Soron will return to Fort Bragg in North Carolina to serve as a Military Law Attorney for United States Army Forces Command, one of the major Army four-star commands that trains and organizes Army units within the United States.
Congratulations on this outstanding honor!
Back